The epidemic of Bovine Spongiform Encephalopathy, better known as BSE or Mad Cow Disease, in the late 1990’s had very devastating effects across the world. From livestock having to be slaughtered but not consumed to humans consuming tainted beef and becoming ill, the consequences were disastrous.

One consequence that lasted long after the disease was believed to have been eliminated was that Japan outlawed the import of European beef in 2001. In 2013, Japan began to ease up on its policy and allowed six European Union members (France, Ireland, the Netherlands, Poland, Denmark and Sweden) to export beef to Japan. 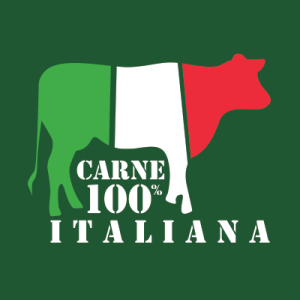 In 2016, Italy has joined the ranks of EU members able to export beef to Japan. Although, the United States and Australia have dominated the beef market in Japan since the Embargo with Europe, there is still profit to be made by doing business there. In 2015, the EU exported 994,000 Kg of beef for a value of over 3.6 million. Over two thirds of the beef and half of the money came from Poland. Although it was not technically allowed to export beef to Japan, data shows that Italy sold 72,000 Kg of beef to Japan for over 280,000 euros. Italy’s exports averaged 3.90 euros per Kg, slightly higher than the EU average of 3.63. The import tax in Japan for European beef is 38.5%, on par with that of the US but significantly higher than that of Australia. Despite these challenges, Europe can still carve out a niche exporting beef to Japan. In order to export beef to Japan, there are several processes that one must go through.

One of the most important things that must happen is one that is controlled by the governments of the EU and Japan, rather than the exporter. A free trade agreement will be necessary between these two parties to ensure that Europe has a role selling beef in Japan. Time for this to happen is running out and if one is not reached before the Trans-Pacific Partnership is ratified, Europe could be squeezed out of the Japanese beef market.

The first step that an exporter must take in order to sell beef in Japan is to knock out the many general requirements. These are requirements for many different exports, not just beef. They include Advance Information on Maritime Container Cargo, Manifest for Aircraft, Manifest for Vessels, Inward Declaration for Aircraft, Inward Declaration for Vessels, Customs Import Declaration, Declaration of Dutiable Value, Commercial, Invoice, Packing List, Certificate of Non-Preferential Origin, Proof of Preferential Origin, Air Waybill, Bill of Lading, and Insurance Certificate. 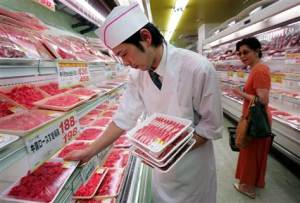 After those requirements are taken care of, one must then complete the specific requirements. These are requirements that only relate to the beef industry. The first of these is completing the application for the Import Quarantine Certificate for Meat and Meat Products. This is a document that verifies that the meat has been checked out by a veterinarian upon reaching the Japanese border. One must apply for the inspection with the Animal Quarantine Service in Japan. There is no fee and the time it takes to process the application varies.

The next requirement is the Import Permit for Endangered Species Subject to CITES. The completion of this document is required as a result of the Washington Convention on International Trade in Endangered Species of Wild Fauna and Flora (better known as CITES). This is the document that is needed to be able to import a given species into a country. This document must be filled out for a single species and is valid for a certain period of time (up to one year). It is to be submitted to the Ministry of Economy, Trade and Industry (METI), Trade and Economic Cooperation Bureau, Trade Control Department, Office of Trade Licensing for Wild Animals and Plants in Japan.

After obtaining an import permit, the next document that must be completed is the Veterinary Health Certificate for Animal Products. This is a document filled out in the exporting country that confirms that the meat meets the proper health standards. It is required for customs clearance and market access. It is to be sent to the Animal Health Division, Food Safety and Consumer Affairs Bureau, Animal Health Affairs Office under the Ministry of Agriculture, Forestry and Fisheries (MAFF) in Japan.

Exporting beef from Italy to Japan is a new industry that requires many steps in order to complete and the competition is heavy. However, Italian beef can be a good niche market product and it could be worth exploring opportunity in Japan’s beef market. Our consulting company ADM-EA  in cooperation with governmental departments Japan and other technical offices operating in the industry is recently started new services program for beef exporters which we are now operative to provide market’s info  (B2b segment) and procedure’s application for exporting.